The latest news from the catskiing / snowcat industry.  Where to ski, who has snow, whats happening.  We also post reviews of the latest gear, skis, and some general interest stuff.  Be sure to check for last minute deals to make your winter vacation the best.

Shades of Winter: BETWEEN Trailer

I love this trailer for the new Shades of Winter: BETWEEN movie. It features and all-star all-female cast and showcases some incredible skiing around the globe. The central message is what go me though. It is the time between the big lines, the sick pow lines, the wicked tree runs. The time between is when the bonds are made that stick together for life.

As a group of 4 skiers ourselves who have been ripping together since the late 90's, we agree. Yeah, the skiing has been unreal. Memories of over the head pow, blue bird days, pounding storms and all that good stuff float around our stories. But it is the friendships we have made that make future trips just that much better.

Check out the trailer for BETWEEN and get stoked for the memories and bonds you have ahead of you this season...

You could say it gets deep up there...

There isn't much to say about this video. The snow is epic deep. The smile on Sammy Carlson's face pretty much sums it up.

If you want some of this, check out Mustang Powder. It is awesome.

We are super excited to have two of our images in the 2016 Ski Canada Buyer's Guide. Our skier and web guru John Holman is featured doing his signature pow slash at Valhalla Powdercats and at Snowwater Heliskiing. Both shots are taken by our resident photographer (and John's brother) Geoff Holman.

A Skier's Journey - Trailer for the Final Season

Don't miss this final season of powerful imagery and storytelling

A Skier's Journey is producing one final season of their web series. Jordan Manley and his cast of many adventurous skiers have shown us the world through the eyes and hearts of skiers. What a great trip its been and we can't wait for this final season to start.

If you aren't familiar with the films, be sure to check them out here: www.askiersjourney.com

The first one was great. Number 2 looks even better.

For those of you that caught Supervention last season, it was a fresh look at ski movies. Mainly because it wasn't in English! It was a story of Norwegian skiers coming together and travailing in their country and beyond. They even stop by Canada for a little deep BC pow catskiing.

Check it out and enjoy.

The Legend that is Craig Kelly

Watch this Warren Miller tribute to the man who shaped snowboarding

Craig Kelly was many things. He was a World Cup Champion several times over. He was one of the pioneers of snowboarding. He was behind the designs of some of Burton's most famous boards. He shocked the world when he gave up million dollar deals to search for the most inspiring freeriding lines. But to me, Craig Kelly was a guy who had a deep love for his sport. A guy who seemed humble yet extremely driven.

I never met Craig but felt his loss like many others in the snow sports world. The funny thing is, I am not even a snowboarder. I was one of those guys who always dis'd snowboarders and didn't like what they did to the ski hills. I didn't see Craig as just a snowboarder. More of a freerider which I guess was his point. And he had this thing about him. As Warren Miller puts it:

Craig Kelly's influence even touched the catskiing realm. Craig was part owner and member of the board at Island Lake Catskiing. He is part of an alumni that includes skiing legend Scot Schmidt. Craig is also honoured with a memorial at Baldface Lodge. Even though Craig Kelly passed in 2003, I can't go through a season without someone having a conversation with me about him. He was a unique individual who left us too soon but definitely left his mark.

Thanks for the inspiration Craig.

From the makers of Blank the Movie

Here is another ski movie trailer to help get you through one more day of September...

From the producers of Blank the Movie, here is a sneak peak of their latest effort: Canvas.

Get it? Blank...Canvas. I think it is awesome. Enjoy.

You and your best friend will shred some epic Kootenay Pow 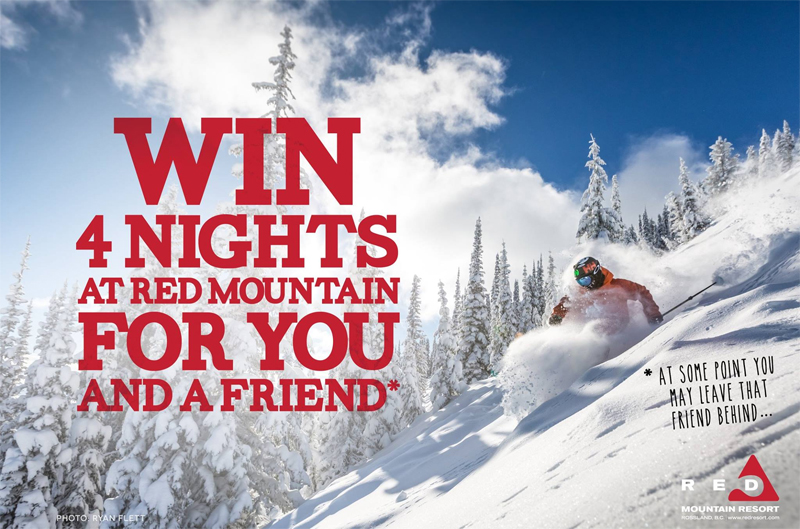 RED Mountain Resort, the iconic little hardcore mountain in the Kootenay region in BC is having a contest. One where you and your best rippin friend can WIN some skiing, accommodation, a day Catskiing with Big Red Catskiing and even a car rental. Check out the details below:

Enter to Win an Epic 4 Night Trip to RED Mountain Resort in Rossland, BC This Winter For You and a Friend!

ENTER BELOW FOR YOUR CHANCE TO WIN

Maybe they want to do a foreign exchange...

I know this site is called Catskiing Canada and that this video is from Japan, but you have to check out this video. If for nothing else that riding around in that sweet vintage cat and shredding deep dry powder.

Canada is the epicentre for all things catskiing. Heck, it was the birthplace of the sport. But I love seeing how the awareness of Japan's ski culture is exploding and now we are seeing growth in the Japanese Cat Skiing industry.

I think it is time for an exchange program :) 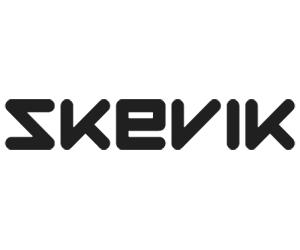 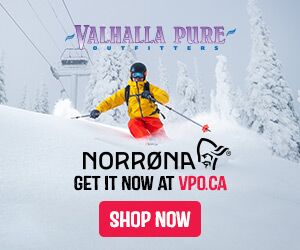 Have a Cat skiing or Ski related news story?
Tip us off This email address is being protected from spambots. You need JavaScript enabled to view it.

Get your Cat Skiing operation listed. This email address is being protected from spambots. You need JavaScript enabled to view it.